As you may know, I have a 2nd gen MX-5, an NB. Since I bought the car I’ve always tried to find a balance between it being a daily driver and using it at the circuit and mountain roads, so all the modifications I’ve done have always followed the same idea: improving the stock performance without making the car a pain to drive on the streets.

I’ve reinforced the chassis, added bucket seats, intake, coilovers, short shifter, ECU and changed the stock tyres for some semi slicks. Most of these changes are not obvious from the outside, but they do make a difference when driving.

When it comes to power, I’ve been collecting bits and pieces for some time and I’m almost ready to install a turbo kit to my car, although I’m not in a hurry since I still need a lot of seat time in order to need more horsepower.

So until that time comes, I’ve decided I’m going to focus on making the car lighter, and what’s a better way of doing that than replacing metal panels with carbon fiber ones? 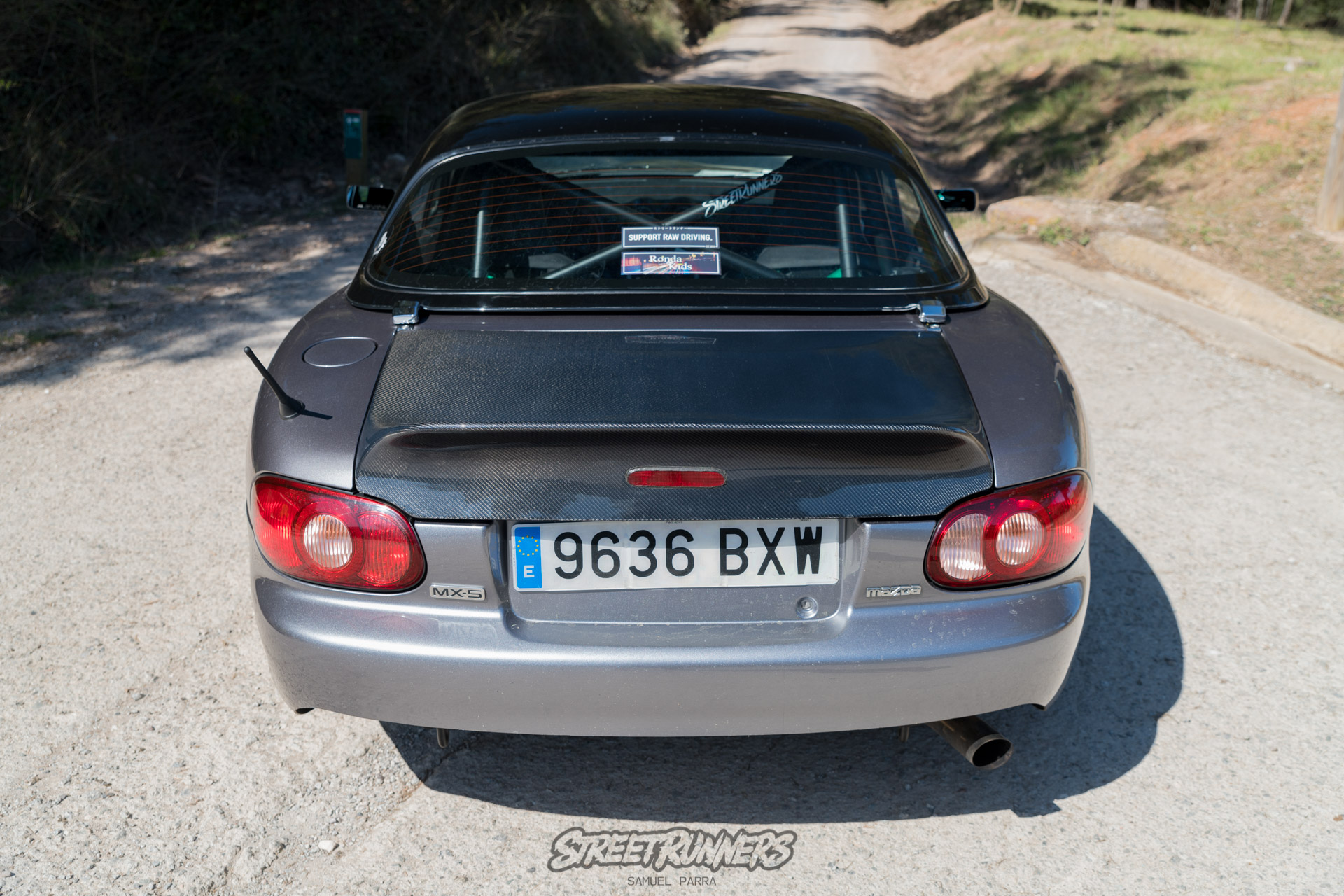 We roadster owners are lucky to have someone like Marc, the man behind CarbonMiata, a carbon fiber guru that designs and produces parts for our MX-5s.

After considering it for a while, I decided not to install a CF wing, as it would help with downforce in the track but it didn’t quite follow the OEM+ theme I’m going for with my car. I wanted something subtle but not stock, so I thought about adding a ducktail. There’s a lot of different options out there, but I didn’t quite like any of them. That’s when I came across the CF trunk with integrated ducktail that Marc sells. It was like hitting two birds with one stone: it was much lighter than the original part and I also liked how it looked. 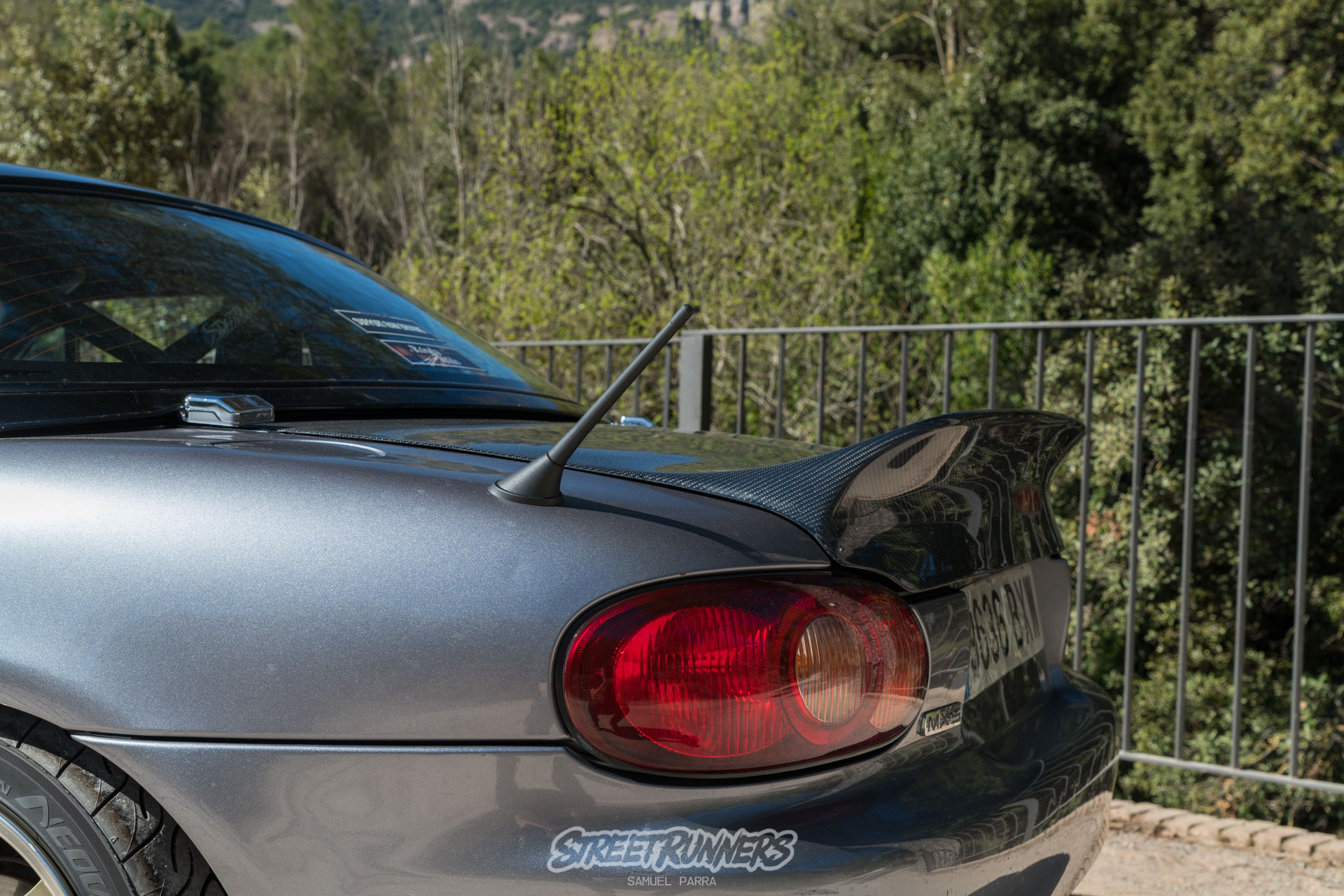 I asked him some questions that I had about fitment and so, and I finally decided to buy it taking advantage of it being on sale at the time and also being shipped from Europe, since there would be no custom charges at all.

When I got the trunk, it was perfectly protected and it was pretty evident from just holding it that it was much, much lighter than the OEM trunk: 3,4kg vs 7,2kg. 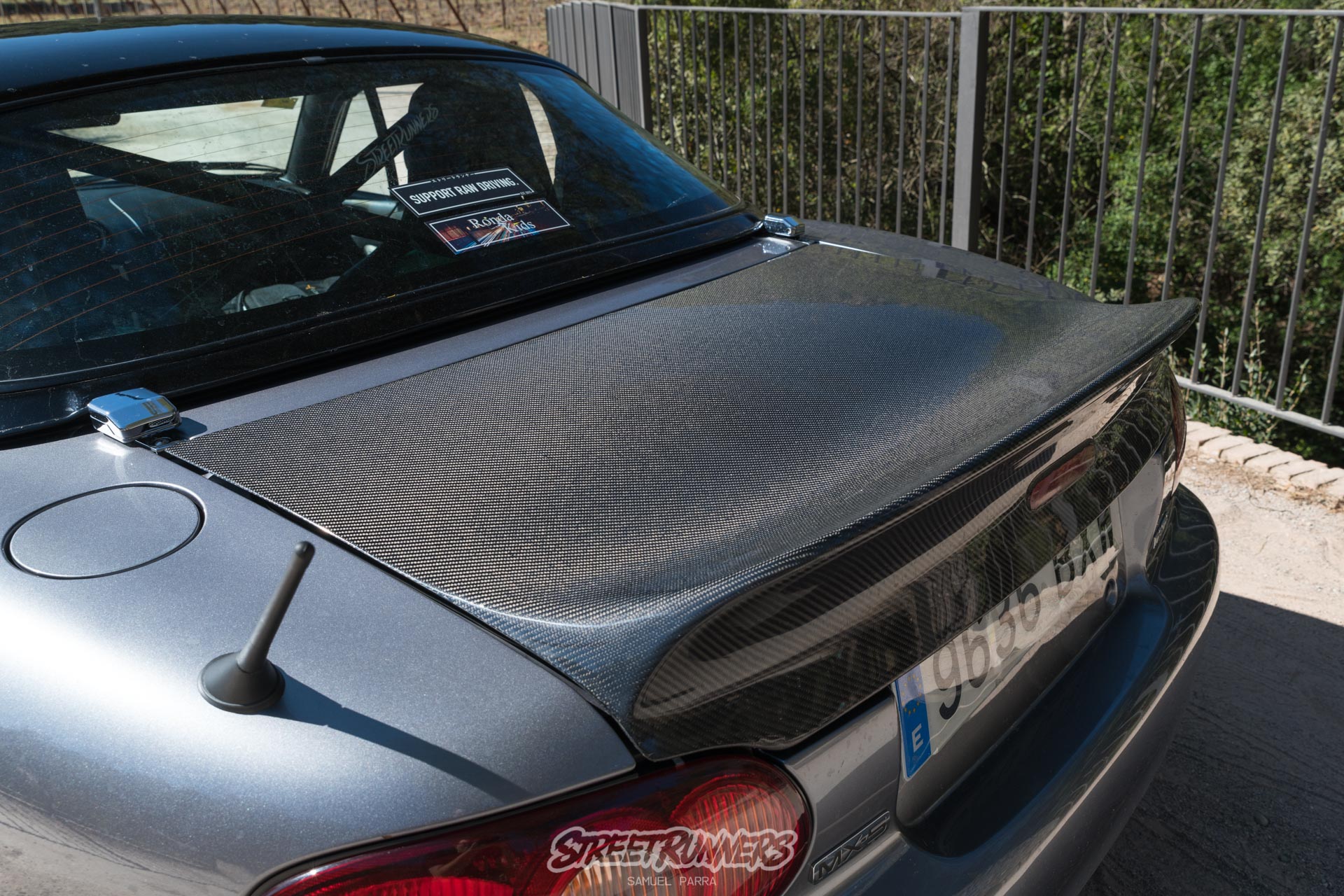 Installation was pretty straightforward. There’s only 4 bolts that hold the trunk in place, so replacing the stock part for the new one was easy. As my car has the license lights integrated in the trunk, I also had to swap the wiring and light bulbs from the old trunk. That doesn’t happen on the first gen Miata, in which those go in the license plate panel. 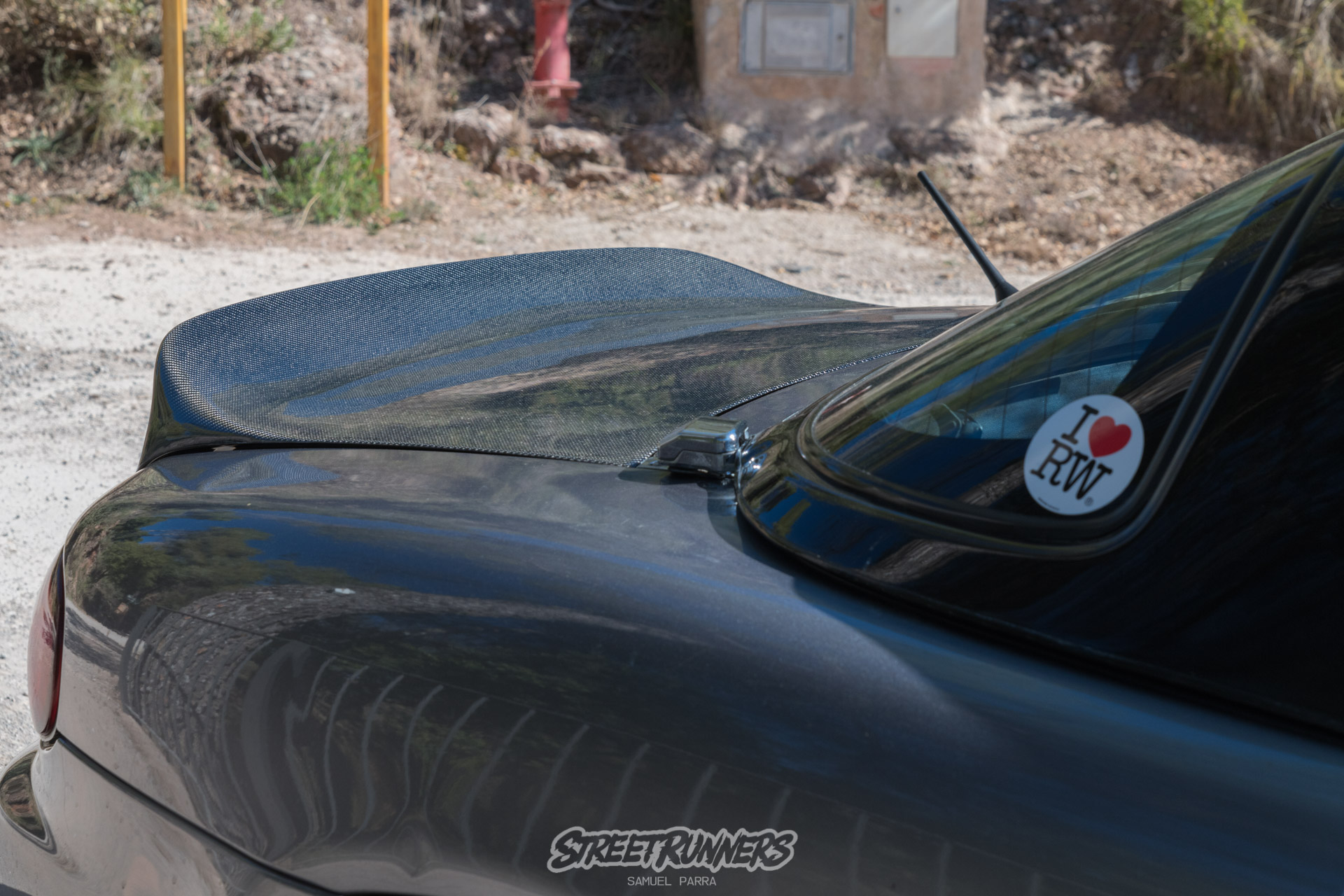 There’s two different versions of this part: with and without a precut hole for the third brake light. Although the look is much cleaner without any hole, the car is already low and small enough to make myself even less visible, so I went with the 3rd brake light option. 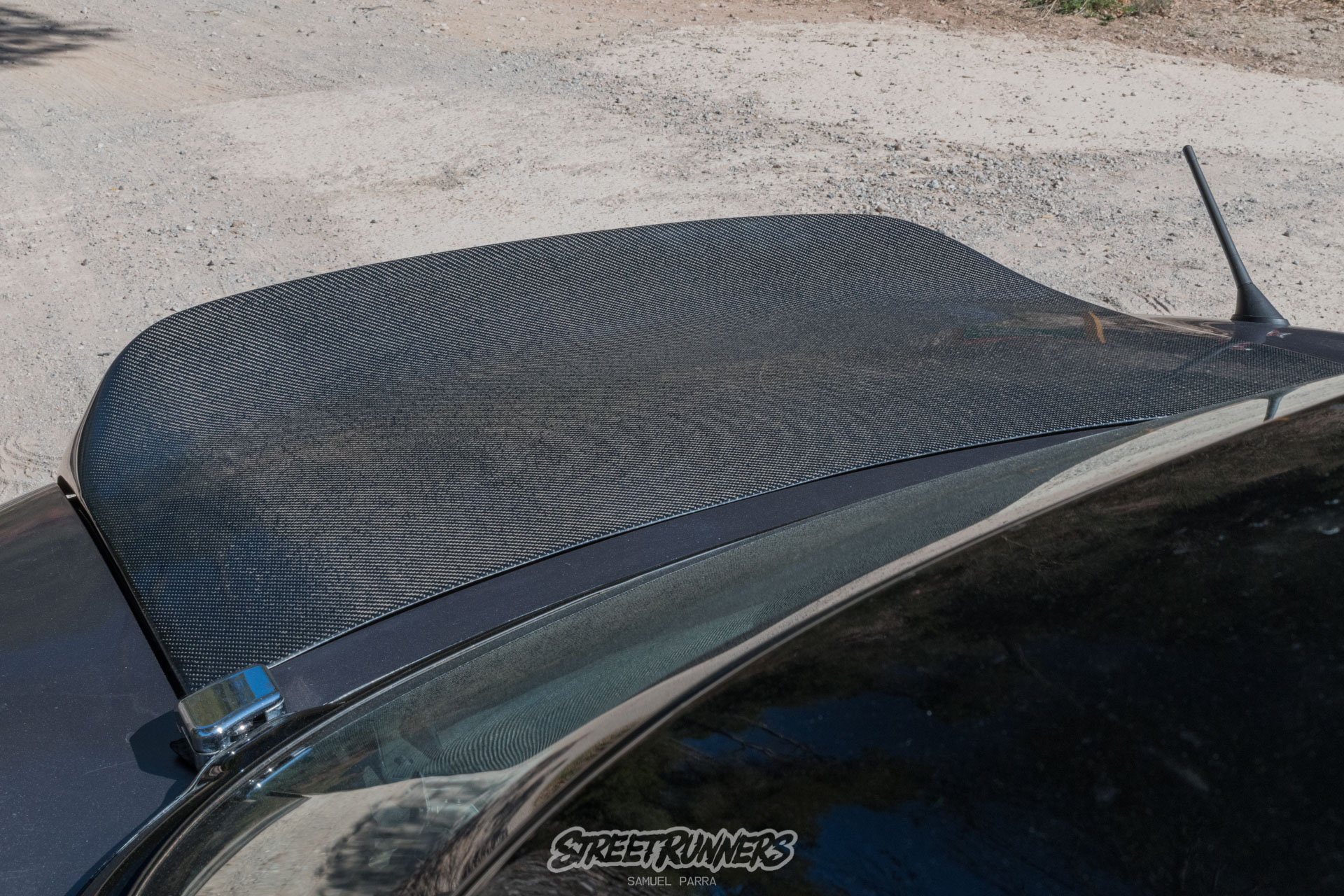 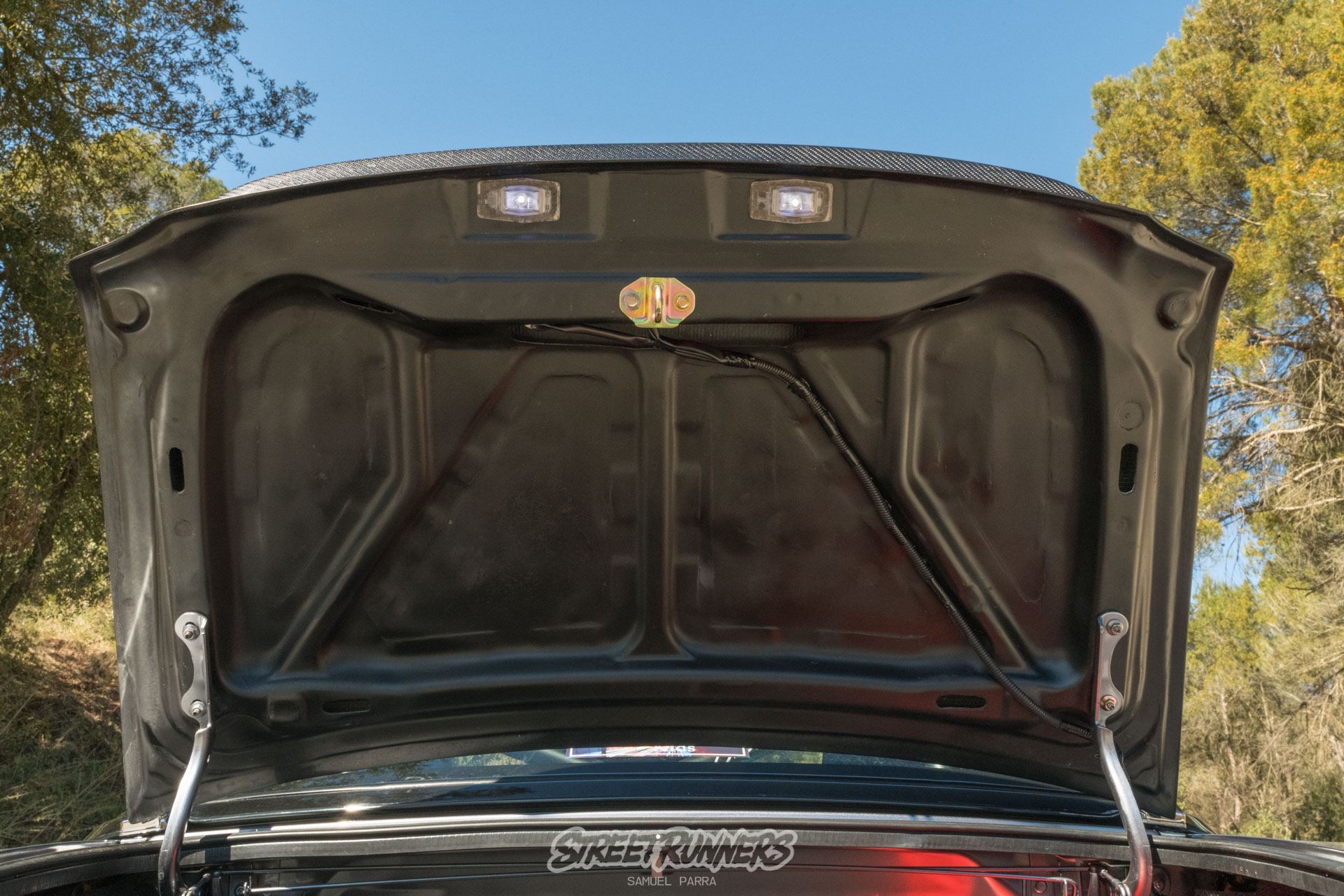 That decision was what made me spend so much more time than I expected to installing the trunk: the inside of the mold is not perfect, so the places where the light is bolted to in the original part are not there, there’s just a hole to insert the light assembly through and mount it however you can. That said hole is also way bigger than the light itself, so you need to modify it somehow if you don’t want it to stick out when installed. 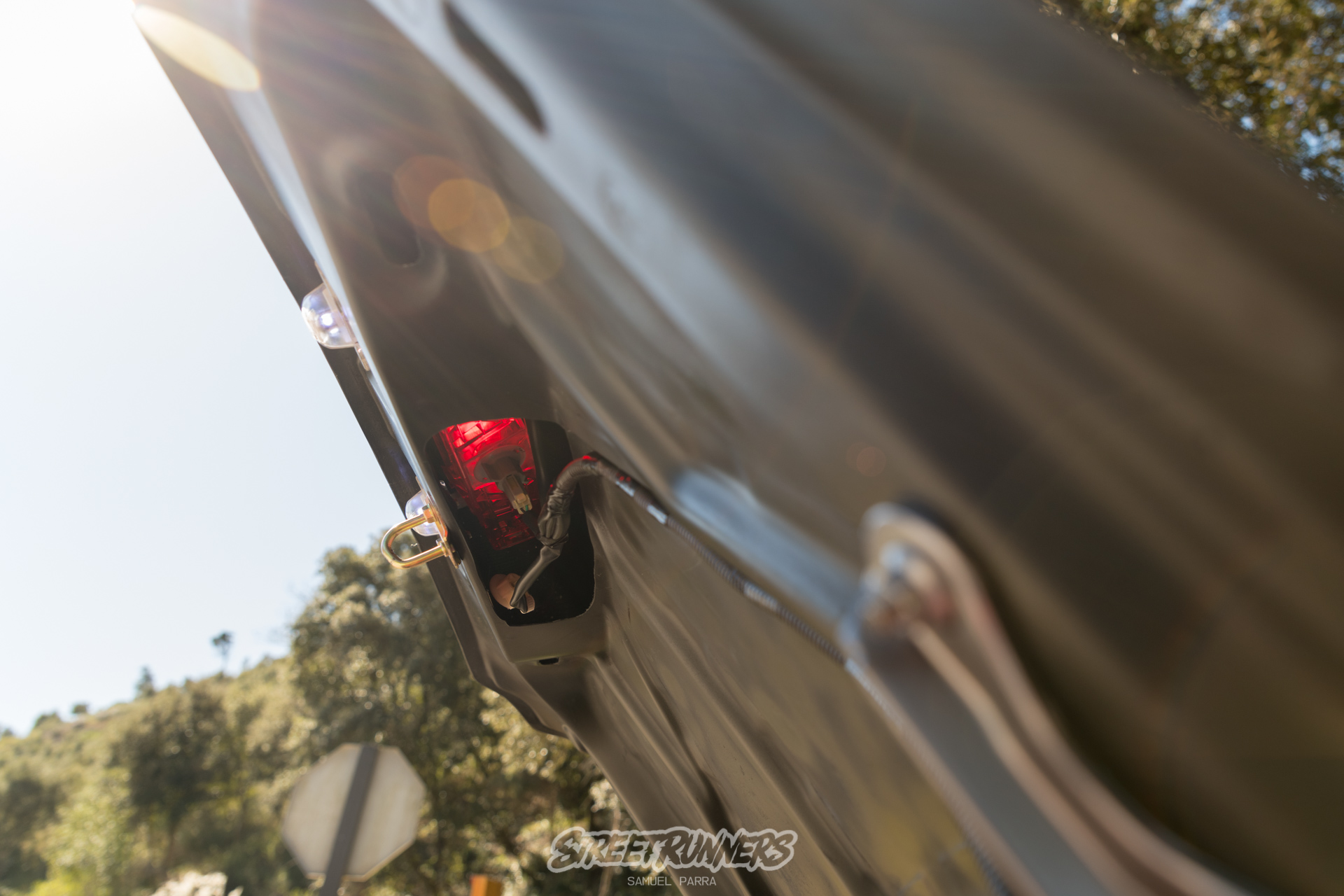 I used some epoxy putty in mine so I could mold it how I wanted. I glued it with sikaflex and also put some on the outside to fill the oversized hole. It’s not perfect, but I think it looks acceptable. 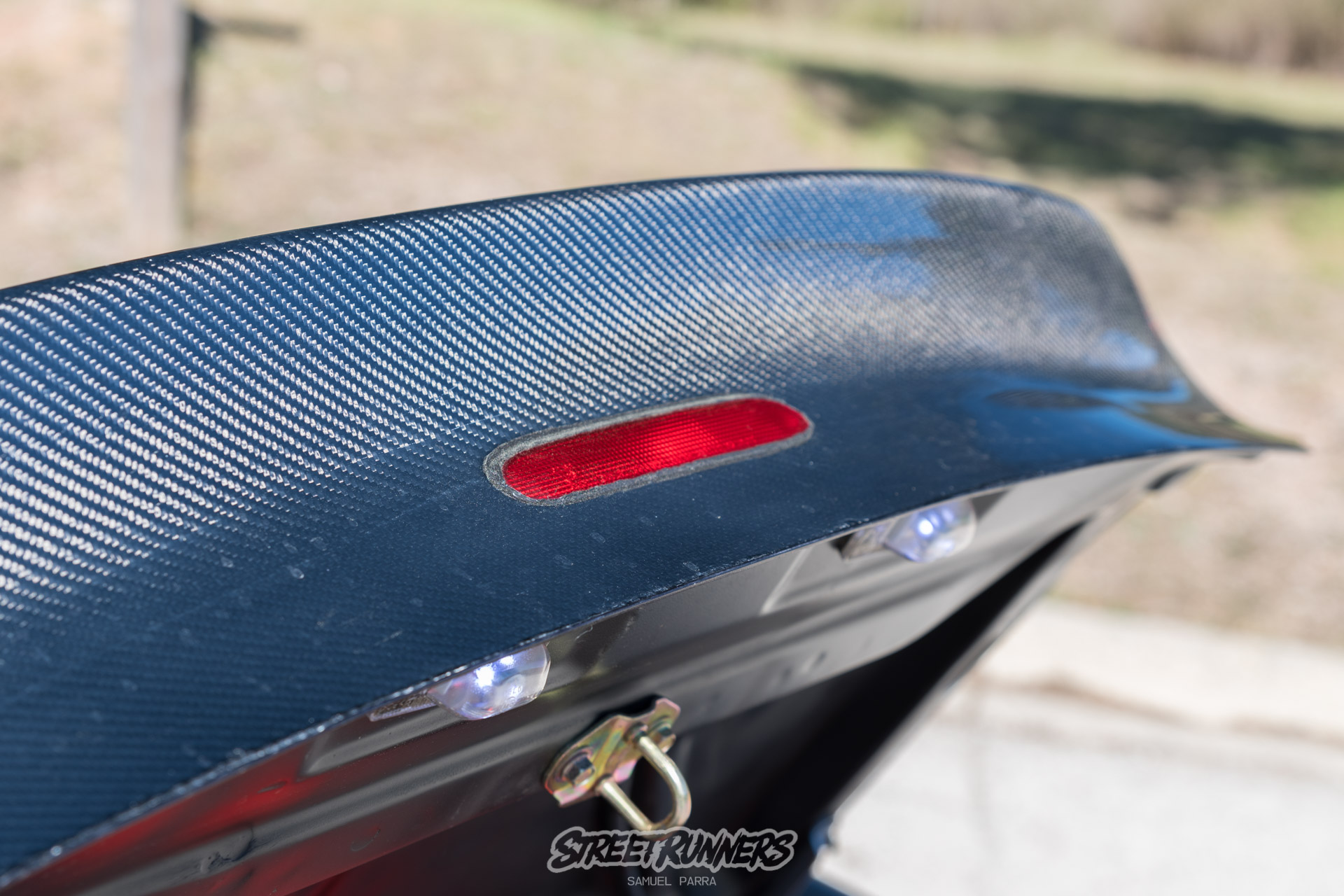 Once the brake light assembly was installed, the rest was pretty straightforward: route the cables using the original mountings and tweak a bit the position of the trunk so it closed correctly. 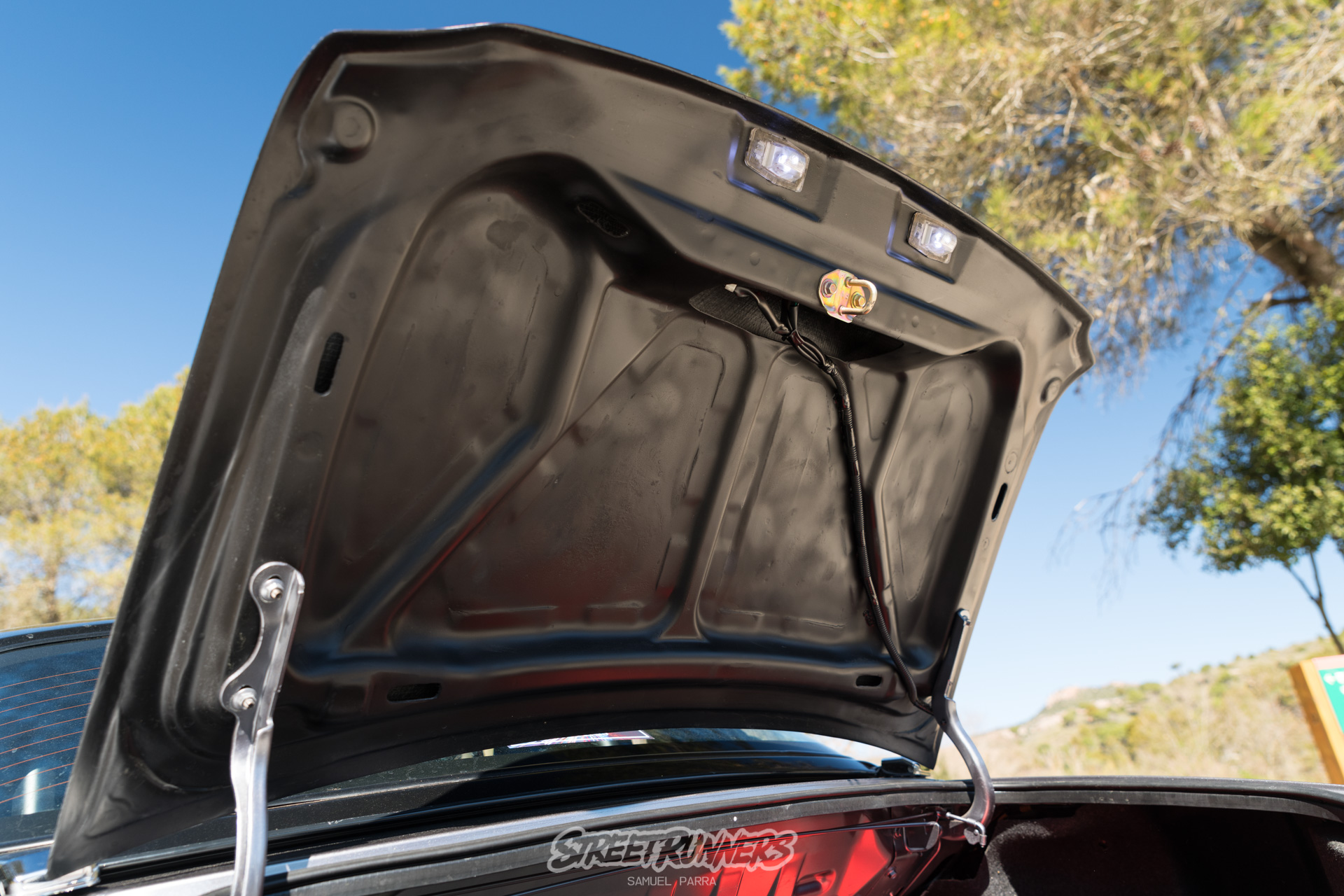 Maybe I’m not being objective here but I think it looks pretty damn good. I also love the contrast between the carbon fiber and my car’s color. With due respect to the obvious differences it reminds me of Ame-san’s S15, which was a similar color.

With regards to the trunk itself, I think the quality is on par with the price I paid. I like that the inside is not just a plain sheet and replicates the original one, and as I was saying before, I really love the shape of the ducktail. 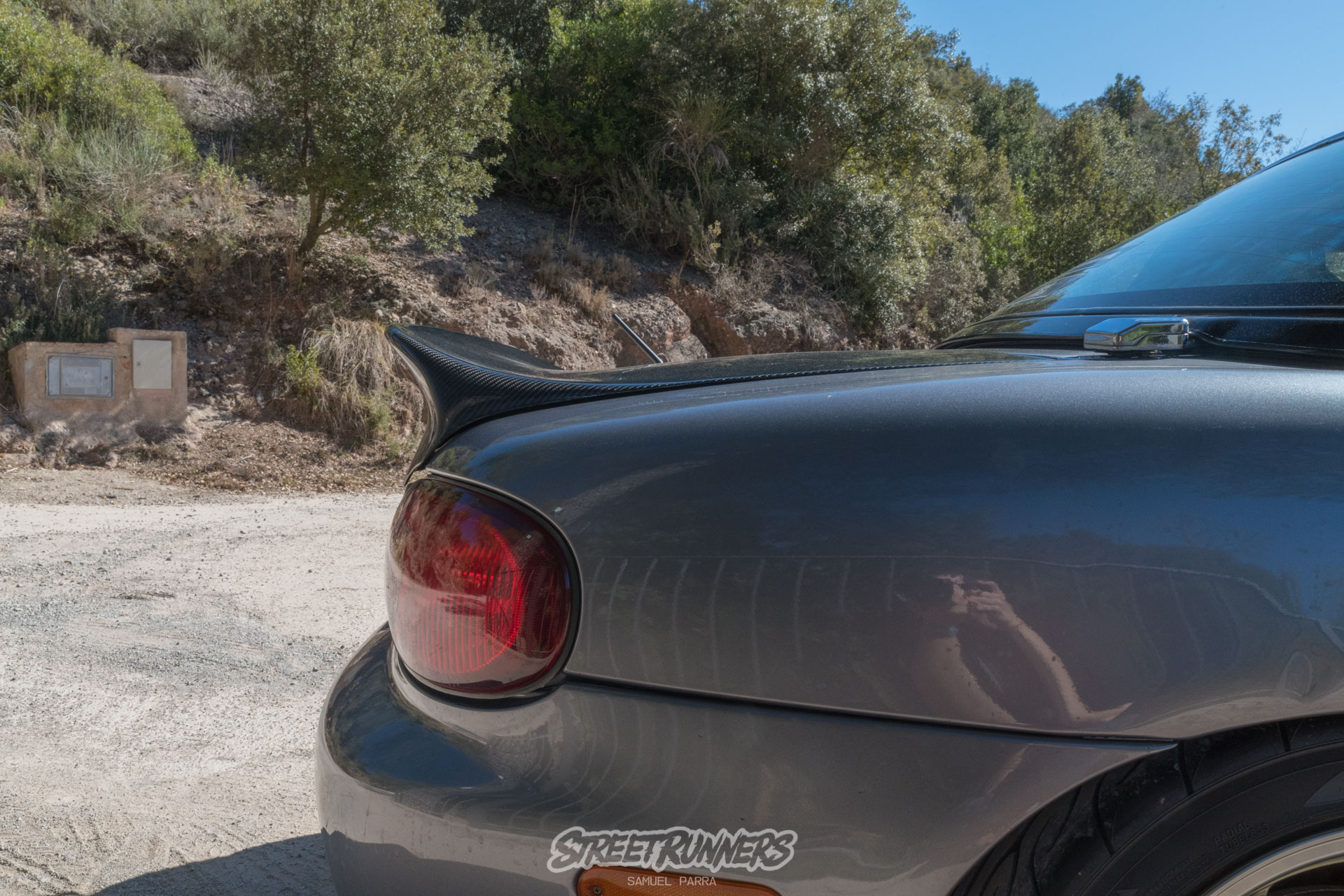 Two things to improve, though: first one, the brake light hole is too big and forces the buyer to find a way to mount the light and somehow fill the rest. Second one, the area where the trunk is bolted to the car is warped. It’s not a lot (no water goes inside the trunk even when pressure washing it), and maybe I was just unlucky and it’s a defect of my unit and not the mold that Marc uses, but I still can’t help looking at it every time I use my car. 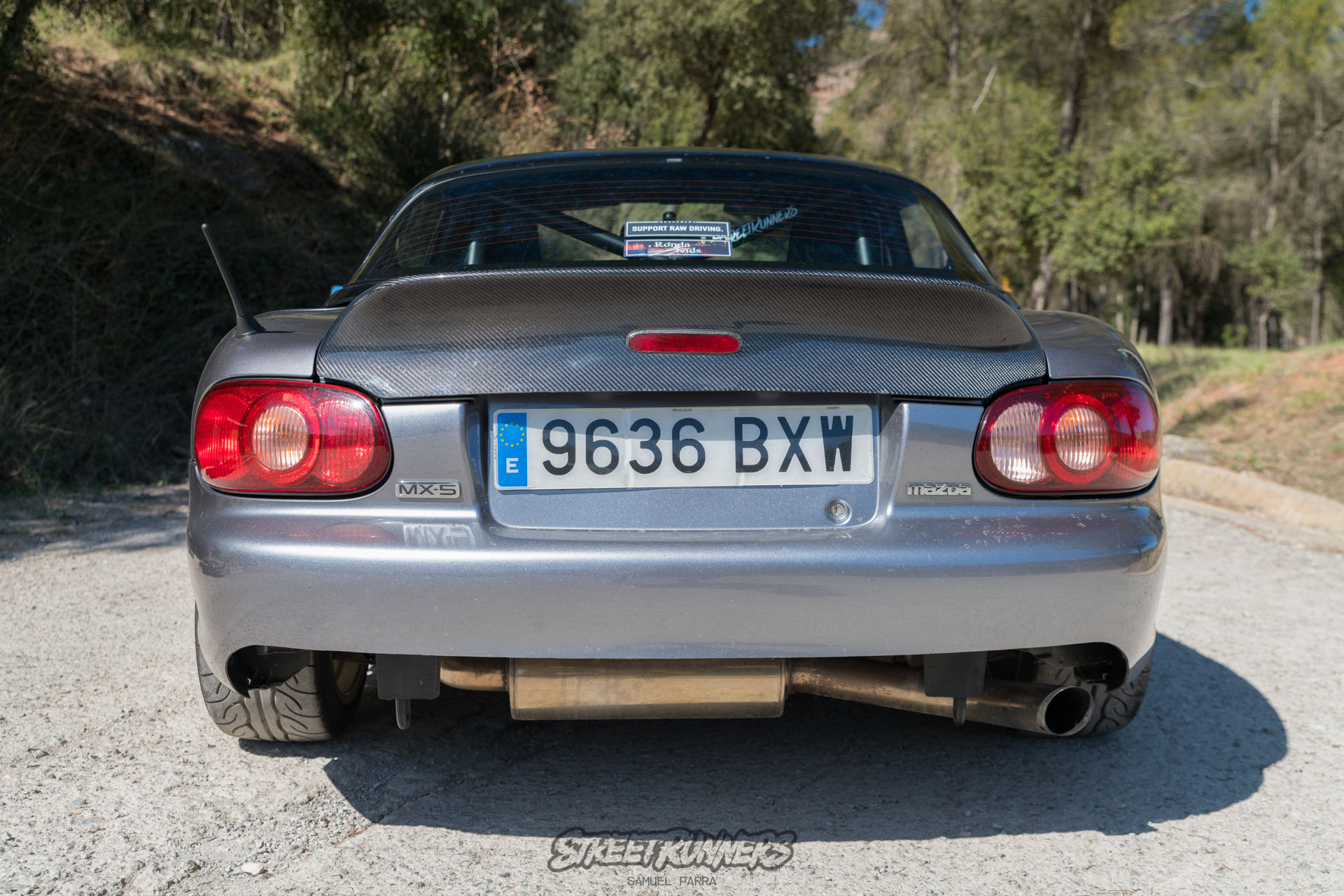 Although it’s not perfect, I’d buy it again in a heartbeat. I love how it looks and I am also happy to support a fellow MX-5 enthusiast who produces good quality carbon parts for our cars. And as for the downsides, the other I saw a Facebook post where Marc was teasing a new version of the trunk with a different ducktail shape, so it’s expected that the issues that I mentioned are fixed in the revision. 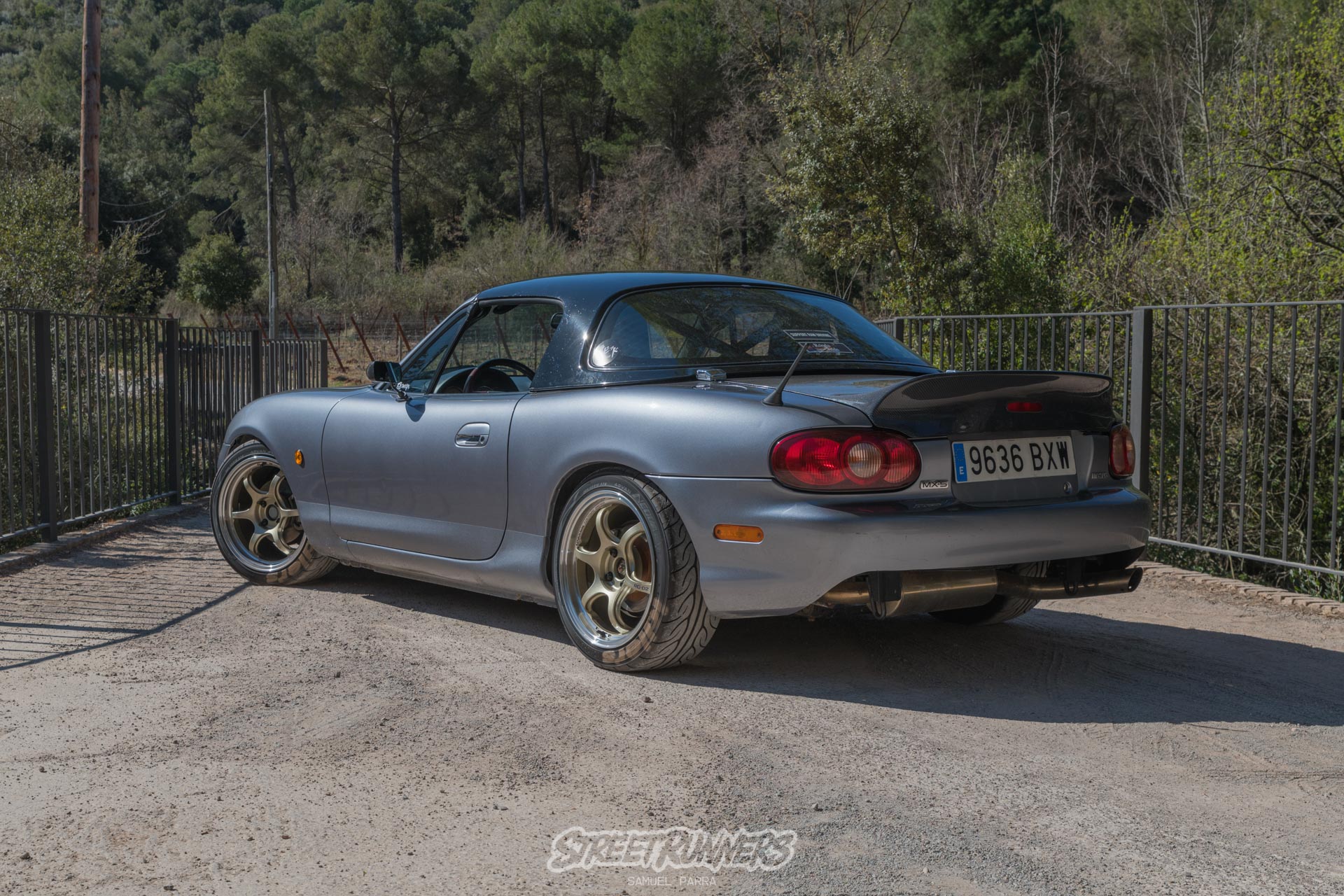 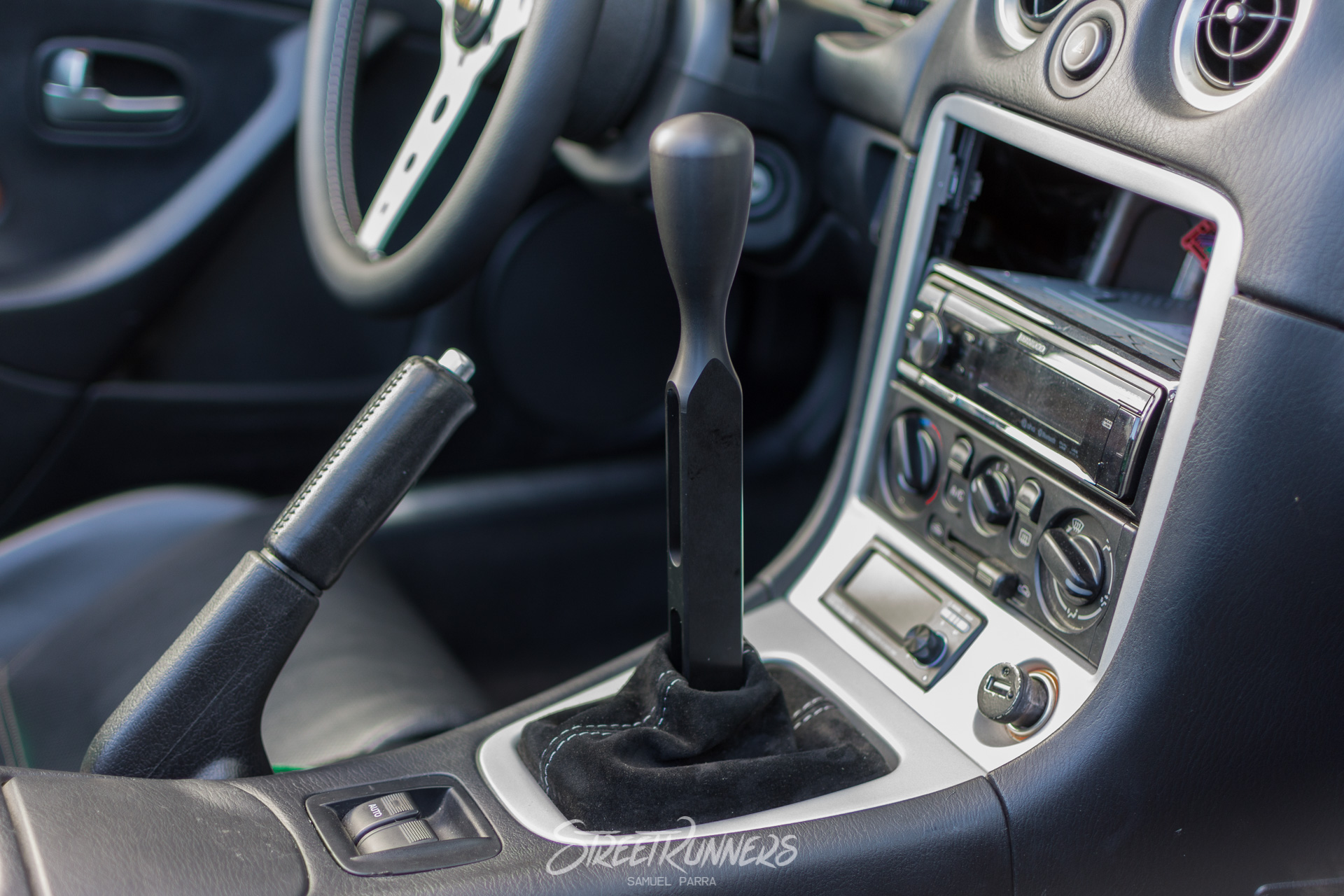